Although ADHD and OCD are often thought of as polar opposite conditions, they are in fact more similar than you’d think • This can lead to confusion and misdiagnosis • Understanding what motivates the similar behaviors can provide clues to an appropriate treatment plan 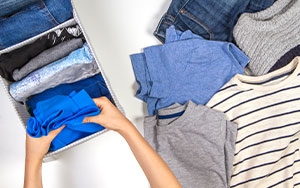 Most people think of ADHD and OCD as polar opposites on a spectrum. Typically, kids with ADHD are impulsive, spontaneous, disorganized, easily distracted, and oblivious to social cues. Those with OCD are overly cautious, focused and attentive planners who think before they act and are sensitive to social innuendos.

Research shows that ADHD and OCD often present similarly and, therefore, are frequently confused or misdiagnosed.

Roberto Olivardia, Ph.D., a clinical psychologist specializing in treating ADHD and OCD, explains that both conditions affect the part of the brain that controls executive functioning but in different ways: the area that’s underactive in ADHD brains is overactive in OCD brains. The results can look alike, showing up as deficits in organization, planning, motivation, prioritization, decision-making, working memory, flexibility, response inhibition, and attention. Therefore, kids with ADHD or OCD typically procrastinate, have trouble completing tasks, are easily distracted and fidgety, and struggle to succeed in school. Moreover, it’s common for the conditions to co-exist: over one-third of kids with OCD also have ADHD.

When kids have both ADHD and OCD, one of the conditions commonly goes undiagnosed, says Olivardia. For example, the kid who’s distracted and can’t finish assignments is commonly diagnosed with ADHD, without OCD being considered. A failure to identify and treat the undiagnosed disorder can affect treatment progress for the other, but when properly diagnosed, treatments can help manage both conditions.

The key to making a proper diagnosis—to determine if it’s ADHD, OCD or both— is to understand what motivates the child’s behavior. Following are some areas that are troublesome for kids with ADHD and OCD, but for different reasons:

Starting Tasks, Getting Organized & Procrastinating: Kids with OCD need things to be “just right.” They often can’t begin their homework or projects until they’ve ordered, cleaned, checked, and arranged their workspace, putting each item in its ‘proper’ place. When asked why, their response is that they “have to” or they “can’t stop” their behaviors.

Kids with ADHD are known for their procrastination. However, sometimes their OCD-resembling behaviors aren’t solely about putting things off but are actually strategies for achieving a goal: in order to ground themselves, focus, and get things done, they take the time to make their environment “just right.”

Olivardia, who has ADHD, describes being over-stimulated by visual clutter and disorganization. Before being able to sit down and begin a college paper, he would meticulously clean his room. “I’d Windex the mirrors and get rid of all the dust,” he says. “It looked like OCD, but it wasn’t about being clean. It was my coping strategy to avoid visual distractions, prevent anxiety, and make a clear, specifically structured environment so I could think straight.”

Finishing Projects: Whether it’s from too little or too much focus, kids with OCD and ADHD often struggle to follow through with tasks. Kids with OCD suffer from “Executive Overload”— they have so many obsessions, they can’t focus on anything else. Maybe they’re “stuck” on “the biggest threat in the room” (e.g., their own thoughts; that stain on the carpet). Or they may be fixated on one small part of the whole and unable to see the “big picture” or filter out what’s irrelevant.

Olivardia explains that kids with OCD over-focus: “They need to do everything in a particular way because they can’t not do it that way.” For example, they may literally re-read or re-write the same sentence 20 times. “It’s not because they don’t understand it or don’t want to finish the assignment,” Olivardia clarifies. “It’s because they feel they have to do it that way to be perfect.”

Kids with ADHD are often too distracted to complete tasks. Typically they are unable to concentrate because their environment is overwhelming: music is playing somewhere in the house; kids are chatting in another room; birds are singing outside; the sun shining through the windows is too bright, the desk lights too harsh, the trucks on the street too loud. Similarly, these kids hyperfocus on things that stimulate them— what Olivardia terms, “the shiny penny.” Unless it’s something new and exciting or a “preferred” activity (e.g., a favorite book; project; video game), they become bored and lose motivation and focus.

Prioritizing: One important area where the need to prioritize comes into play is note-taking. Kids with OCD and ADHD both have difficulty filtering out irrelevant data, but for different reasons. Those with OCD want to write everything down because of their perfectionistic tendencies and need to be complete. Kids with ADHD have working memory challenges, can’t keep up with the teacher’s presentation, and struggle to distinguish between what’s important and what’s not.

This article is based on an ADDitude webinar, The OCD-ADHD Link: What You Should Know When You Have Both, by Roberto Olivardia, Ph.D., a clinical psychologist and clinical instructor of psychology at Harvard Medical School with a private psychotherapy practice in Lexington, MA. Eve Kessler, Esq., a former criminal appellate attorney, is Executive Director of SPED*NET Wilton (CT) and a Contributing Editor of Smart Kids.