Helping your child learn to be a problem-solver instead of a directions-follower begins with you • Instead of telling her what to do, pose questions that encourage her to figure out what to do • In the process your child will come to understand the concept of time management, a skill crucial to future success

The following article is excerpted from What’s the Deal with Teens and Time Management? by Leslie Josel, People Tested Books, Pennington, NJ, 2015. 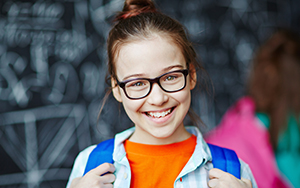 The hardest parenting lesson I had to learn was to stop telling my children what to do.

I would walk in the door, and the conversation would be something like: “Maddie, get your tap shoes and grab your snack. We need to leave for dance in 15 minutes.” “Eli, go change for fencing and don’t forget a towel and your water bottle. Your ride will be here in 5.”

Harried and exhausted, I would keep my eye on the clock while grabbing items, packing bags, and worrying about getting them out the door on time. Then one day I realized it was time for them to take some ownership. However, in order for them to do that I would need to change what I did.

So how did I change my behavior? I talked less (more accurately, I directed less) and questioned more. Rather than listening to what I said and doing it, my kids needed to listen to the question I asked, think about it, and formulate a response. Talking less and questioning more compelled them to engage in what they were doing. Following are some examples to get you started.

Asking the question helps your teen begin to develop a sense of time. For the most part teens live in two worlds—the “now” and the “not now.” They have a difficult time making the connection that what they have to do later in the day or even later that week can affect what they need to do now.

This lack of future awareness is a hard concept to teach and learn. It is the essence of true time management. Asking this question is a way for teens to begin to formulate routines and schedules and remember what they need to accomplish in the process.

“How Do You See Yourself?”

Variations on this question include “What do you need to…?” or “How should you…?” but the purpose of all of them is to help your teen to build a visual checklist for what needs to be done and how to do it. Here are some examples:

By turning the tables and asking instead of telling, you are requiring your teens to do some planning of their own. Don’t get discouraged if at the beginning you get a lot of “I don’t knows.”

Flipping that response around, and asking, “Well, what do you know?” is a great way to get the dialogue going.

Leslie Josel is the Principal of www.orderoochaos.com, an consulting firm specializing in student organizing. She is the author of several books including How To Do It Now…Because It’s Not Going Away: An Expert Guide To Getting Stuff Done, and is the creator of the award-winning Academic Planner: A Tool for Time Management. To learn more, visit www.orderoochaos.com.