Medications have been shown to be an effective part of a treatment plan for ADHD • There are two categories of ADHD medications: stimulant and non-stimulant medications • Finding the appropriate medication for your child requires you to work closely with his care-giving team 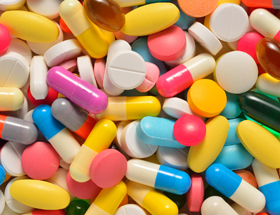 ADHD is the most common psychiatric disorder treated in children. It affects from 5% to 9% percent of school-age children: At least 70% will continue to have the disorder into adolescence. About half will still have the disorder as adults. With age, the hyperactivity and impulsivity tend to diminish; however, the attentional problems tend to persist.

Medication is considered one of the most important treatments for ADHD. One large study in children with ADHD and without other disorders demonstrated that, compared to other treatments, properly prescribed stimulants had the greatest positive effect after two years. Another study funded by the National Institute of Mental Health produced similar results, showing that medications were superior to behavioral treatments alone for the core symptoms of ADHD. That study also found that behavioral treatment along with medication was the most effective way to address some of the noncore symptoms (self-esteem, peer relationships, family functioning, and social skills). The current FDA approved medications for children include stimulants and nonstimulant medications.

Caution
Children who have ADHD and other psychiatric diagnoses such as anxiety disorder, bipolar disorder, and depression may have an adverse behavioral or emotional response to medication. You must work closely with their physician to determine the appropriate medications or combinations.

These are the best-studied class of drugs for ADHD, and in many cases are the medication of choice. They generally work immediately when the correct dose is achieved. Although it is not common for children to develop a tolerance to these drugs, children may need increasing doses as they grow. Practitioners have found that if one stimulant is unsuccessful, it is worth trying another.

If your child cannot tolerate the stimulants or has prominent anxiety or tics, Strattera should be considered. Strattera may take a few weeks to achieve its full benefit and is sometimes used with stimulants.

For children as young as 3 to 5, in aggressive or particularly overactive kids, and for ADHD in general, the blood pressure medications (antihypertensives) may be useful. These drugs may also help with sleep problems that sometimes plague children with ADHD or that result from its treatment, such as the use of Concerta or Adderall.

Second-line treatments include the antidepressants. Although you may see an effect immediately, antidepressants may take up to four weeks to reach full effectiveness. As with the stimulants, if one is not effective, your child’s doctor would be wise to try another. Because an overdose of tricyclic antidepressants can be lethal, you must carefully store the medication so it is inaccessible to all children in your family.

Another second-line treatment includes the wake promoting agent, Provigil (modafinil).  While shown effective in trials, concerns about a serious skin rash have limited its use. Modafinil may be useful in poorly motivated youth and those with difficulties in the arousal of their attention.

Meds & Your Child: Tips For Safe Use

This information is excerpted from Straight Talk About Psychiatric Medications for Kids by Timothy E. Wilens (3rd Edition). For more information or to order a copy, please visit www.guilford.com or amazon.com. Dr. Wilens is an Associate Professor of Psychiatry at Harvard Medical School and Director of the Substance Abuse Services in the Pediatric Psychopharmacology Clinic at Massachusetts General Hospital.