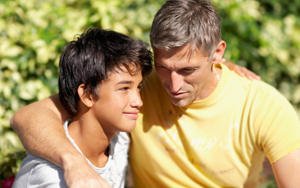 Most parents of children with ADHD worry about their child’s potential for success. The truth is there are countless powerful, confident, high-achieving leaders who have managed to capitalize on behaviors associated with ADHD. Many Fortune 500 company founders, plus numerous artists, inventors, and athletes are leaders in their fields because of their ADHD—not despite it.

What separates those with ADHD who are able to transcend their difficulties from those that are not? It may be the messages you, the parent, send your child as he grapples with his differences.

In the Eye of the Beholder

Many people demonstrate behaviors associated with ADHD at times, but to meet the clinical criteria for ADHD, one must be “significantly impaired” by these behaviors on a regular basis. But when defining “impairment,” much is in the eye of the beholder.

To assess impairment, a growing number of ADHD experts are turning to a strengths-based approach. This type of analysis considers individuals within their environment, and evaluates how well they’re able to balance their gifts and challenges. In this model, the degree of impairment is determined by the fit between a child’s abilities and the demands of his environment. When viewed through that lens, what may be considered ‘impaired’ is far more subjective than one might expect.

What This Means for Parents

The way you interpret and label your child’s behavior is critical to how he views himself. Children often internalize their parent’s assessment of how significantly ADHD affects them, which can either impair or bolster their self-appraisal.

Likewise, a parent’s view may determine whether they advocate for their child or apologize for his behavior, again contributing to feelings of acceptance or unworthiness.

Some parents, attuned to their child’s low frustration tolerance, tailor family life around the “impaired” child. Anticipating challenges, they run interference and correct behavior deemed inappropriate. But this well-meaning approach inadvertently communicates to the child that he requires protection because his skills and judgment are not good enough. He’s likely to conclude that he’s not competent, which may lead him to make less effort as he knows others will step in on his behalf.

At the other end of the spectrum are parents that applaud their child’s attempts at problem-solving, deeming their often unusual solutions good enough. These parents tolerate their own anxieties about their child’s performance, instead prioritizing his sense of efficacy by sending the message that his vision is valued. That’s the foundation for self-acceptance and confidence.

A significant study asking young adults with ADHD what helped them most found that having an accepting, supportive person in their lives was the critical factor.

You can foster strength by identifying and nurturing areas of competence and emphasizing ADHD-friendly environments that reward imagination, passion, and tenacity, making home the clearest example. Teach empathy and responsibility, labeling setbacks as experiences to be learned from.

This is not to suggest that living with ADHD is free of pain and struggle. Even the standard diagnostic manual categorizes ADHD as a childhood psychiatric disorder of disruptive behavior—a remnant of earlier research emphasizing hyperactivity and impulsivity. While we now recognize the cornerstone of ADHD as regulation of the brain’s executive functions, with or without hyperactivity, the ‘disruptive’ label still looms over the complex issue.

Those who march to a different drummer may also resist following directions. Visionaries take risks that may endanger as well as free them. A mind flexible enough to be open to countless new ideas and patterns is often resistant to confining itself to any one of them.

Since many schools continue to focus on remediating deficits rather than fostering strengths, children with ADHD will continue to struggle. Much of adult life demands the kind of linear thinking favored in classrooms; it is a gift to assure your child that the non-linear innovator has much to offer as well.

Reframing the way you interpret and label the fit between your child’s skills and the environment can communicate empowerment rather than limitation, adaptation rather than impairment. You can be a spinmeister who validates your child’s attempts to negotiate a minefield of ill-fitting demands. Many successful adults with ADHD grew up perceiving themselves as having limitless possibilities. Within that freedom to dream lie the seeds of success for all children with ADHD.

Dr. Littman is a licensed clinical psychologist specializing in attentional disorders, and a member of Smart Kids’ Professional Advisory Board. Nationally recognized as an expert in gender differences, she co-authored the book Understanding Girls with ADHD.