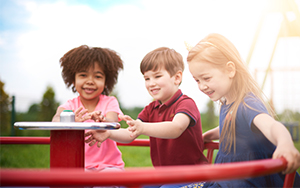 Dyspraxia and Developmental Coordination Disorder (DCD) are neurological disorders impacting up to 10% of the population. With DCD, dexterity and coordination (fine and gross motor development) are impaired. With Dyspraxia there may be additional concerns including problems with eye movement (ocular motor), memory, judgment, processing and function, sensory issues, and language and/or speech.

As of now, little is known about the underlying causes of these conditions. What we do know is that in both DCD and dyspraxia neural development is impaired, which results in message errors between the brain and the body. What causes the impairment has yet to be discovered. (Apraxia, which shares many of the same symptoms, is acquired through head injury, damage, lesion, or stroke.)

For those with DCD, occupational and physical therapy can help with fine and gross motor deficits. In addition, for Dyspraxia other treatments may include behavioral optometry, psychological interventions, and speech and language therapy.

As is true of many children with learning disabilities, those with DCD and Dyspraxia often possess amazing gifts. They tend to have high verbal IQ’s, despite their struggles with organization and language structure. Attention to detail is common as they look at the world from “outside the box” and must work to make others understand their perspective. They are highly sensitive and empathetic to others; they know what it means to live with a hidden disorder that can impact all areas of life. They also tend to be driven to succeed, and have a work ethic to match their determination.

Warren Fried is the President and Founder of Dyspraxia Foundation USA.