Despite the large number of children and adults who have ADHD, the condition is still widely misunderstood • Separating truth from myth can help reduce stigma and ensure that those with ADHD receive the help they deserve 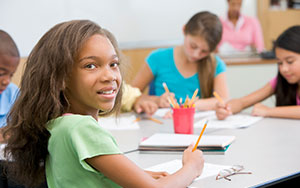 When it comes to ADHD (and other learning challenges), misinformation often guides the interactions between those with the condition, and well-meaning friends, family, and school personnel. Below we’ve addressed many of the common misconceptions regarding ADHD and how it impacts the lives of those that have it.

Myth: ADHD is not a true medical diagnosis.

Major medical, educational, and psychiatric organizations, including the National Institutes of Health, the US Department of Education, and the American Psychiatric Association (APA), all recognize that ADHD is a legitimate genetic, neurobiological disorder. The diagnostic criteria are spelled out in the APA’s Diagnostic and Statistical Manual of Mental Disorders (DSM-V).

ADHD is a complex neurobehavioral condition that runs in families. Although researchers have not identified a single cause of ADHD, studies confirm that the disorder is marked by significant differences in the size, structure, functionality, activation, connectivity, and development of certain areas of the brain and imbalances of the brain chemicals dopamine and norepinephrine. While parenting skills can make a difference in how a child with ADHD progresses, poor parenting does not cause the disorder.

Myth: ADHD does not impact life outside of school.

ADHD is much more than a problem with attention, impulse control, and activity levels. With symptoms ranging from mild to severe, those with ADHD may face ongoing challenges in all facets of their lives. Typical problems include regulating behaviors and emotions; storing and retrieving memories; learning and processing language and information; paying attention; staying motivated; organizing and planning; prioritizing and establishing routines; staying on task; making friends; and sustaining relationships.

While boys are more commonly diagnosed with ADHD than girls, the disorder does not discriminate: it impacts people of every age, gender, race, religion, IQ, education level, and socioeconomic background.

Myth: Hyperactivity is a universal symptom of ADHD.

Not every child with ADHD is hyperactive. There are three main types of ADHD: hyperactive/impulsive; inattentive; and combined. Those who are inattentive have symptoms that are frequent, severe, and impair their ability to function normally. They may daydream, be distractible and easily bored, and have trouble paying attention and staying focused, especially when they are not interested in the task at hand. Oftentimes, they miss important details and make careless mistakes, struggle to follow directions, lose track of time, are forgetful, can’t get or stay organized, and shift from task to task without finishing. Girls are more likely than boys to have the inattentive type of ADHD.

Myth: Children with ADHD will outgrow it.

Over 80% of children with ADHD continue to have it in adolescence, and for approximately 75% of children, symptoms will persist – and often worsen – in adulthood. The majority of adults with ADHD remain undiagnosed and/or untreated. Highly susceptible to anxiety, mood disorders, substance abuse, and addictions, it is common for adults with ADHD to struggle with marriage, careers, finances, and social relationships, and to experience legal difficulties.

ADHD behaviors do not result from lack of effort. Most kids and adults with ADHD work particularly hard to understand their symptoms and compensate for them, whether by taking prescription medication, working with a behavior therapist or ADHD coach, and developing systems and strategies to address their particular challenges.

Myth: ADHD is not a recognized disability.

ADHD is deemed a disability under federal civil rights laws banning discrimination against individuals with disabilities, such as the Americans with Disabilities Act (ADA) and Section 504 of the Rehabilitation Act. In addition, when students with ADHD have an identified disability and need specialized instruction, they may receive special education services under the Individuals with Disabilities Education Act (IDEA).

Myth: Accommodations in school give kids with ADHD an unfair advantage.

School accommodations or modifications and specialized services are meant to “level the playing field,” so students with and without disabilities have an equal chance to learn, perform, and progress. Accommodations/services enable students with ADHD to be in a position where they can be as academically and socially successful as their non-ADHD classmates.

Myth: Medication is a quick fix for treating kids with ADHD.

There is no such thing as a quick fix for ADHD. It is a multifaceted and complex brain-based disorder impacting all facets of daily life. Medication doesn’t make ADHD go away: it won’t improve your child’s organizational or time-management abilities, develop his social skills, or increase her self-esteem. Rather, medication may help manage the core symptoms of ADHD by enhancing focus and lessening hyperactivity, impulsivity, and inattention.

Eve Kessler, Esq., a criminal appellate attorney with The Legal Aid Society, NYC, is co-founder of SPED*NET Wilton and a Contributing Editor of Smart Kids.