ADHD and co-existing executive function challenges are highly complex conditions that have far-reaching effects not only on the individual with the condition, but also on those with whom he interacts • Understanding what drives the behavior of your child with ADHD may help you respond in supportive and compassionate ways rather than with anger and resentment 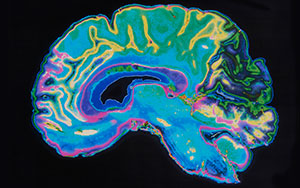 Living with a child with ADHD can be confusing and frustrating. On any given day, he may have difficulty getting started, make impulsive decisions and poor choices, miss social cues, engage in stressful emotional interactions, and need downtime to regroup. He is likely to be disorganized and may over-react, under-react, hyperfocus, and appear oppositional.

What you must remember is that ADHD is not a character flaw or a deficit in attention. It is a heritable brain disorder with chronic lifespan management challenges.

The hallmarks of the ADHD nervous system are inconsistent attention and an inability to self-regulate.

Although we are still refining our understanding of what ADHD is, advances in technology confirm that ADHD brains are different from non-ADHD brains. They vary in size, structure, functionality, activation, and connectivity. These neurological differences influence how we get through the day—from what motivates us and how we learn and pay attention to how we process, store and retrieve memories and how we control behavior and regulate emotions.

A brain needs to be motivated, engaged, and attentive to function well. Motivation is controlled by the promise of reward. When exposed to a rewarding stimulus, brains respond by releasing the neurotransmitter dopamine. This dopamine-reward system is responsible for motivation, positive reinforcement, and pleasure.

A typical brain doesn’t need much more motivation than the internal and external stimulations it receives throughout each day. It is able to self-regulate, prioritize, manage time, and remain adequately challenged to address and complete life’s everyday tasks and responsibilities. But the ADHD nervous system needs more.

Dopamine-deficiency and inconsistent focus. The dopamine-deficient ADHD brain struggles to stay motivated by the mild rewards of ordinary activities, long-term gratification, and external obligations others deem “important.” This is not a character deficiency. Nor is it a consciously self-serving or irresponsible choice, although it may appear that way to non-ADHD family members. The ADHD brain has been described as an “interest-based nervous system”: It seeks high-stimulation situations, stronger incentives, and more immediate rewards, which trigger a quick and intense release of dopamine and with it a rush of motivation.

Hyperfocus. Dopamine is the brain’s most intense reward. The ADHD nervous system can “get in the zone” of amplified dopamine production and hyperfocus many times each day. Deficits in attention or executive function dissipate when the ADHD brain is interested in and challenged by an activity, attracted by a unique or unusual task, or thrown into a competitive environment. Pleasurable incentives (food, sex, exercise, competition, music), risky and extreme activities (fast driving, motorcycle riding, waterskiing, skydiving), high-risk and high-intensity careers (policemen, firemen, ER and EMS workers), and crises amplify spikes in dopamine production and motivate the brain to focus. This need for a dopamine rush is why the ADHD brain often procrastinates – it waits until the last minute, creating a crisis, in order to function optimally in a short amount of time.

Low stimulation or too much stimulation. Bored or under-stimulated ADHD brains may become restless and demand an immediate reward and more stimulation. While you may think your child’s fidgeting, noise, laughter, yelling, or conflict-making behaviors are inappropriate and unprovoked, their under-aroused brains, needing stimulation, are demanding it. On the other hand, an over-aroused brain can lead to sensory overload – an inability to modulate responses and a tearful, irritable, or aggressive “crash” – and a sudden demand to withdraw, tune-out, or have alone time. It’s a neurological balancing act.

What the ADHD nervous system wants and why is important for family members to recognize and appreciate, because it is so different from what non-ADHD brains need. When previously incomprehensible behaviors are understood as a neurological struggle for self-regulation, many of your child’s responses and behaviors will make more sense and induce acceptance and compassion, instead of triggering anger and resentment.

This article is based on The Impact of ADHD on the Family, a presentation by Ellen Littman, Ph.D., sponsored by Smart Kids with Learning Disabilities; What the ADHD Brain Wants (and Why), an article by Dr. Littman, published in the Spring 2017 issue of ADDitude Magazine; and Secrets of the ADHD Brain, by William Dodson, M.D., published in ADDitude Magazine. Eve Kessler, Esq., a criminal appellate attorney with The Legal Aid Society, NYC, is co-founder of SPED*NET, Special Education Network of Wilton (CT), and a Contributing Editor of Smart Kids. Dr. Ellen Littman is a member of the Smart Kids Professional Advisory Board.