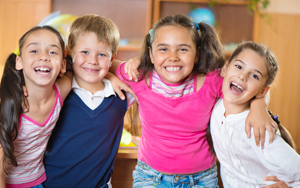 The term learning disabilities (LD) refers to an array of problems that cause bright and capable children to have difficulty learning using teaching methods found in most traditional classrooms.

While the underlying cause of LD remains a mystery, experts agree that it is neurologically based, meaning it results from differences in the way the brain is wired and processes information.

Although LD cannot be outgrown or “cured,” it can be compensated for and remediated. The better you understand the nature of your child’s learning difficulties, the greater your chances are of helping him succeed academically and socially.

Below is an introduction to the most common learning disabilities; these may exist alone or in combination.

It’s important to understand that children with LD may be highly intelligent and have considerable strengths upon which to build.

In contrast to language learning disabilities, children with nonverbal learning disabilities (NLD) have difficulties with visual and spatial relations, which impact their ability to learn from nonverbal information. Kids with NLD often have trouble understanding the “big picture,” and because social interaction relies heavily on the exchange of nonverbal cues (e.g. body language, facial cues), children with NLD may be socially awkward.

Although it is not included in the term specific learning disabilities, ADHD involves problems regulating attention, which occurs often among children with learning disabilities. If not treated, ADHD interferes significantly with a child’s ability to learn and function in school, on the playground, and at home. ADHD is usually classified under the heading “other health impairment” (OHI) on an IEP.

Executive Function Disorder (EFD) refers to difficulties carrying out the tasks that are a part of daily life—the ability to plan, organize, set goals, solve problems, regulate emotions, and monitor behavior. Because these skills are fundamental to what goes on in the classroom as well as in other settings, children with EFD often have significant problems in school and, as they grow older, in life.