Fulfilling a foreign language requirement can be a problem for students with language learning disabilities • Research suggests those who are dyslexic in English are likely to have the same challenges in other languages • Here a parent shares her journey to find a way for her bright, college-bound child to learn a foreign language 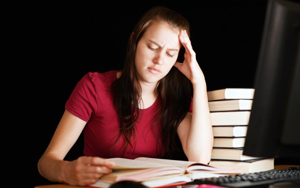 My daughter has dyslexia. She exhibits many typical characteristics that come with language learning disabilities, including difficulty understanding written text and problems with spelling. But like many with dyslexia, she possesses a number of outstanding qualities as well, including an amazing ability to learn and remember what she hears, a vibrant imagination, and a sharp intelligence.

After years of hard work with Orton-Gillingham programs, my daughter learned to read English and today tests above grade level in reading. But she still learns best by listening rather than reading. So when it was time to tackle foreign language, we were worried.

Her ability to read depends on her exceptional understanding of the English language, which enables her to infer or guess words from their context. Because of weaknesses in decoding and processing skills, she continues to receive weekly one-to-one tutoring as well as accommodations that include the use of recorded books, scribing software, and extra time on exams.

Research suggests because my daughter is dyslexic in English, she is also more likely to be dyslexic in other languages.

For many reasons, I wanted her to have the opportunity to study one or several foreign languages. At a minimum, our school district and state require one full year of language for a high-school diploma. And for my college-bound child, the guidance counselor said that many colleges expect at least two years of the same language. In our college research, we’ve found that several expect all applicants to have studied the same language for three or four years.

In trying to find the approach that will work for my daughter we identified the following options:

The first two options—placing her in regular and remedial classes without support tailored for dyslexics—fly in the face of evidence that dyslexia is not language-specific. The third option, ironically, addresses the school requirement by not teaching. The fourth option, using methods shown to work with dyslexia, is hard to come by.

After two failed attempts to study language in regular classes, the Committee on Special Education at my daughter’s school amended her IEP to exempt her from the world language requirement. She takes an extra social studies class instead.

If anyone has another suggestion, I’d love to hear it!