Dealing with one child’s learning differences may mean your other children do not get the time and attention you think they deserve • You may find, as this parent did, that your guilt is unwarranted • A frank discussion with the siblings can set the record straight 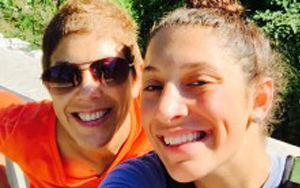 As a mother, I am a huge worrier. You would think I’m talking about my son—the one with the ADHD and Executive Dysfunction. However, that’s not the case. I am referring to my oldest daughter Madelyn. You know her type: the organized child who reminds YOU when it’s time to leave. She’s who I worry about the most.

Why? You see when her brother was younger, along with his ADHD and learning differences, he was known as the quintessential explosive child. If you have never heard this term before, I suggest you pick up Ross Greene’s book by the same name. Life changing, and a true light in the dark for me. My son’s moods were unpredictable; he was easily frustrated and “blew” at any time. Think leaving a show halfway through, interrupted dinners out, aborted excursions on vacations. You get the idea.

Now, I am sure there are many of you who can relate. And understand that living in that type of household meant that in most cases his needs came first. And second. And third. To be fair, Maddie did get plenty of our attention. We were lucky to be able to carve out tons of mother/daughter time or “Maddie/Daddy days.” But the unpredictability of her brother’s behavior often took “Maddie’s time” away. I long ago lost count of how many conversations or homework help sessions with her were interrupted to deal with Eli.

Now fast forward many years and the tides have calmed considerably. We now tend to deal with “typical” 18-year-old boy behavior—clothes strewn across his bedroom floor, dirty dishes in the den, gas tank on empty–with only a rare head butt. And Maddie? Well, that first-born girl who “filled the room” is now graduating college.

But despite that, the worrier in me wonders: “There must be some damage from the difficult times. What were their lasting effects?” So recently I sat my daughter down and asked her point blank, “What are your memories? Did we give you what you needed? Did it make you hate us, or worse, hate your brother?”

Her response? “I don’t really remember.” WHAT?? You could have knocked me over with a feather. “Nothing?” I asked. As the conversation went on and I shared details and experiences, a few things came back to her but yes, she really didn’t remember most of it. Or maybe it’s more accurate to say she remembered but the memories were benign—it was the way things were in the house growing up. Her brother wasn’t always easy, but his behavior didn’t define her childhood. She really did get what she wanted from us when she needed it.

So I had to ask the big question: What do you think now? With a shrug and a smile, “He’s funny and smart and super talented, and I love him. But he’s an 18-year-old boy…”

Time to start worrying about something else.

Leslie Josel is the Principal of Order out of Chaos, an organizing consulting firm specializing in student organizing. She is the author of What’s the Deal with Teens and Time Management and the creator of the award-winning Academic Planner: A Tool for Time Management. To learn more, visit www.orderoochaos.com.