Despite abundant information about ADHD, our understanding of girls’ experience with the disorder is still surprisingly limited • Understanding how ADHD differs in girls is fundamental to diagnosing and treating them successfully 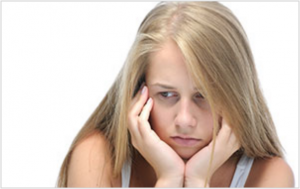 For decades, hyperactive, impulsive children have been diagnosed with ADHD. The early data describing this predominantly male population formed the basis for ADHD research, and our diagnostic criteria grew out of that research. Girls, often more inattentive than hyperactive, rarely met those early criteria, and so remained undiagnosed and unaddressed. At that point ADHD was considered a disorder primarily affecting boys.

In 1980 the diagnostic criteria for ADHD changed to include the possibility of inattention without hyperactivity and diagnoses of girls began to increase. Today’s diagnostic manual still groups ADHD with Disruptive Behavior Disorders of Childhood, reminding us that “male” behaviors remain overrepresented.

The early data also revealed that boys’ hyperactivity decreased significantly following puberty. As a result, it was assumed that ADHD symptoms appeared by age seven and were limited to childhood.

We now know that the developmental trajectory for girls is the opposite of boys. Since girls’ symptoms intensify as estrogen builds in their systems, problems rarely surface by age seven. This is yet another way in which the current criteria make the diagnosis of girls less likely. Indeed, for girls, puberty signals an escalation of symptoms such as emotional reactivity, anxiety, and mood swings. These changes are intensified monthly, when shifting premenstrual estrogen levels can trigger an emotional roller coaster.

While girls generally mature faster than boys, girls with ADHD experience significant lags in social and emotional maturity compared to non-ADHD peers. Many girls with ADHD tend to be hyper-talkative, hyper-social, and hyper-emotional, rather than hyperactive. Physical restlessness often manifests in fidgeting with hair or nails, rather than leaving their seats.

They can appear to be passive students—daydreaming, dreading being called on, often responding, “I don’t know.” Unlike their more disruptive male counterparts, they’re reluctant to draw attention to themselves and ask for help. Consequently, their intellect and abilities are often underestimated. Because they invest tremendous psychic energy in self-control at school, they often really let loose at home.

For girls with the disorder, ADHD is a constant challenge to regulate their responses. When their brains are optimally aroused with stimulation from the environment, they focus incredibly well (e.g., when they’re engaging with social media). Sometimes seeking greater stimulation, sometimes avoiding it, their hyper-sensitive physiology is difficult to balance.

Through painful trial-and-error, they discover the right balance of healthy stimulation that allows them to be successful.

Society’s expectations also contribute to the unique challenges girls with ADHD face. Females are still expected to be neat, organized, compliant, cooperative, and sensitive to others. However, unpredictable executive functions often thwart their best efforts to behave in ways society expects.

The fast-paced verbal interplay of peers may be daunting to those with slowed processing. Missing subtle cues and jokes, they feel excluded. Craving peer acceptance, they struggle to conform, yet often feel ignored and misunderstood.

While boys often externalize blame, girls internalize their shame about feeling different. When they do express their frustrations impulsively, peers ostracize them. Self-esteem suffers as they obsess about fitting in, and often they choose to hide. When they do successfully compensate, it’s at the emotional cost of anxious and depressive feelings.

Meeting the Needs of Girls with ADHD

The developmental tasks of childhood are challenging and significantly delayed in girls with ADHD. They endeavor to navigate an unpredictable and confusing world. Reactive rather than proactive, they struggle to self-monitor and self-regulate. Their behaviors are misinterpreted, and they misinterpret the behaviors of their peers. They’re often ambushed by criticism. Ultimately, they have little confidence in their own judgment, because it so often betrays them.

By raising the awareness of parents, teachers, pediatricians, and clinicians to the more subtle presentation of ADHD in females, we make it less likely that girls will be overlooked, and more likely that they will get the help they deserve.

Take Action: Helping Girls with ADHD
Rather than having girls silenced by their shame, they should be empowered to be heard. Following are ways you can make a difference:

Dr. Littman is a clinical psychologist specializing in attentional disorders, and a member of Smart Kids’ Professional Advisory Board. Nationally recognized as an expert in ADHD gender differences, she co-authored the book Understanding Girls with ADHD.