According to a recent study, 16.5% of children experience a form of sensory processing difficulties by the time they’re eight years old • Helping children learn to manage their sensory challenges is the role of occupational therapists that specialize in sensory issues • Experts agree that addressing these problems early is important to leading a productive and satisfying life 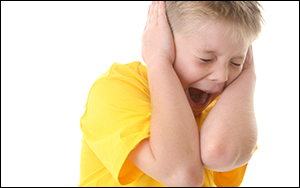 Everyone processes sensations. Some people, like those with Sensory Processing Disorder (SPD) do it less efficiently than others. Because of SPD, their central nervous system mismanages bodily and environmental sensations, and they have difficulty responding normally to sensations that others hardly notice or simply take in stride.

What is life like when sensory systems don’t work well? Daily functioning is possible, but for people who struggle to learn, participate, or feel good in their daily doings, life can be frustrating, lonely, and even painful.

How does it feel when one’s behavior is misunderstood? To doctors, therapists, and other professionals, SPD can sometimes look like other conditions, such as eating disorders, anxiety, ADHD, bipolar disorder, and obsessive-compulsive disorder (OCD). Thus, SPD is frequently misdiagnosed and treated with medication or therapies that do not address the underlying sensory issues.

“What really helps people understand overresponsive sensory problems,” says Dr. Temple Grandin, the well-known autism advocate, “is asking them to imagine extreme examples of what it feels like: Imagine wearing scratchy sandpaper clothes that make you itch all over, all day. Imagine washing your face in a bucket of perfume. Imagine feeling as if you’re going to fall off a cliff when you walk a few steps. Imagine sitting right near the stage, next to a rock band’s amplifier.”

Being deluged by these sensations is to be expected once in a while—but all day, every day? Yes, that is what SPD may feel like.

Sensory Processing Disorder Categories
SPD affects different people differently. For each category of SPD listed below, there are several sub-types, any one of which can be a challenge to living a productive life.