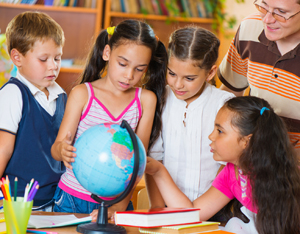 For children with LD or attention disorders, developing these skills often does not come naturally. Instead, they must be expressly taught through direct instruction, and nurtured through close supervision. Following are some key principles to guide you and your child’s teacher as you work to improve these important skills:

2. Move from the external to the internal

Begin by changing things in her environment before trying to change her. For example, start with changing her physical or social environment, altering the tasks you expect her to perform, or changing the way you interact with her by providing cues, supervision, and encouragement.

3. Use—rather than fight—your child’s innate drive for mastery and control

From an early age children work hard to control their own lives. Support this agenda by creating routines and schedules so he’ll know what to expect. Build in choices to give him some control. Practice difficult tasks in small steps, increasing demands gradually, and using negotiation rather than authority.

The goal is to teach your child to engage in work by getting her to override her desire to quit or to do something preferable. This is done by making the first step of a task easy and immediately following with a reward. Gradually increase the effort she must expend to achieve the reward; either increase the task demands or increase the amount of time you expect her to work before earning the reward.

Rather than expecting your child to acquire skills through observation or osmosis, intentionally teach the skills he lacks. Define a skill and select a task with which to teach it. Outline the steps required to complete the task, and provide ongoing modeling, cueing, support, and supervision until he is able to perform the task on his own.

Adults often provide too much or too little support. In either case, the child does not develop the ability to perform the task independently. Determine how far your child can get in a task without help and then intervene. Do not do the task for her; offer enough support (physical or verbal, depending on the task) to get her over the hump and moving toward success.

7. Use incentives to augment instruction

Incentives can be simple (praise) or elaborate (a point system that lets him earn rewards daily, weekly, or monthly). For some tasks—and some children—mastery of the task is incentive enough. Other tasks, however, do not have built-in incentives. Rewards make the effort of learning a skill and performing a task less burdensome. Furthermore, placing an incentive after the task teaches the child to delay gratification—a valuable skill in its own right.

8. Provide supports and supervision until success is achieved

Parents often set up a procedure, see that it’s working, then drop what they’re doing yet still expect their child to be successful. For example, a parent may walk her child through the process of organizing his desk, then leave him to maintain the organization scheme before he’s had a chance to practice and master it. Mastery does not come all at once; it’s a process that requires your feedback along the way.

While some parents fail to keep interventions in place long enough for their child to achieve success, others keep the same level of support and supervision in place long after their child is capable of acting independently. Remove supports gradually as your child achieves mastery of new skills. Remember principle No. 6: Don’t cue or prompt your child when she doesn’t need it. Likewise, don’t go from all to nothing too abruptly. That’s the equivalent of going from training wheels to pushing your child off on a two-wheeler and expecting her to ride without falling.

The long-term goal is to be able to send your child out into the world armed with a set of skills he can use to tackle problems on his own.

Peg Dawson is a psychologist at the Center for Learning and Attention Disorders in Portsmouth, NH and a member of Smart Kids’ Professional Advisory Board.