The WISC-V is an IQ test that every child takes as part of the evaluation process • Unless you have a basic understanding of how the test is structured, it’s easy to misinterpret the results • It’s important for parents of children being evaluated for LD to read WISC-V results correctly as they may indicate the underlying learning issue 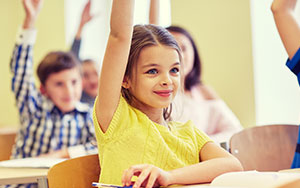 The WISC-V is considered the “gold standard” intelligence test for children ages 6 through 16. As such it is an important component of every psycho-educational evaluation. It is always administered because it provides an overview of strengths and weaknesses, and offers realistic expectations for a child’s performance: a child whose potential is in the average range, generally can be expected to work in the average range. That, however, is not always the case. It’s a common misperception that what’s important about an intelligence test is “the IQ,” which means the Full Scale IQ. But looking at the structure of the WISC-V will help you appreciate why this is not necessarily true, particularly for children with learning disabilities.

The WISC-V is actually made up of 10 subtests, yielding 5 scores, each one a summary measure of a certain ability. These are called Verbal Comprehension, Visual Spatial, Fluid Reasoning, Working Memory, and Processing Speed. Each Index Scale is comprised of two subtests that together make up the scale result.

The Full Scale IQ is an averaging of these five scales, so it’s only meaningful if the scales are consistent. If a child is superior in verbal reasoning, but below average in visual spatial skills, the full scale number looks average. It’s akin to having an average body temperature because your hair is on fire while your feet are in a bucket of ice water.

You need to consider not just the Full Scale number, but whether the scales are consistent. Here’s a guide:

Notice that the range for scales is 10 points. Parents tend to be alarmed if they see any difference. In testing, there is something called a “standard error of measurement,” meaning a score could range up and down if the test was taken more than once. Test makers have established what this range is. For subtest scores, it’s 3 points and for Index Scores, it’s 15 points. If two numbers aren’t that far apart, the difference wouldn’t be considered very important.

The five Index Scales (which are averaged together to provide the Full-Scale IQ score) measure the following abilities:

Each of these scales represents an ability vital to academic performance. Your child may have terrific verbal skills, but if her verbal working memory is bad, she’ll struggle to hold onto what the teacher is saying to take notes or to get the big ideas. If your child can’t understand the relationships between parts and a whole, he may be very bright but have difficulty prioritizing ideas to get the main idea, breaking down tasks, or making outlines.

It’s beyond the scope of this article to go into every subtest, but here’s the takeaway: look at the variability. If the numbers are consistent, you’re getting an accurate overall picture with the Full Scale IQ. If scores are really different, ask for an explanation. A significant difference among subtest scores can suggest a problem in the particular skill being tested; this might underlie a learning disability. A significant difference among standard Index Scores might also indicate a learning disability, ADHD, or a variation in the rate at which skills are maturing. That indicates a weakness that could have a significant impact on your child’s performance and frustration level. Under those circumstances, further evaluation is called for.

Marcia Eckerd is an evaluator, consultant, and therapist who specializes in working with children with NLD and autism-spectrum disorders.