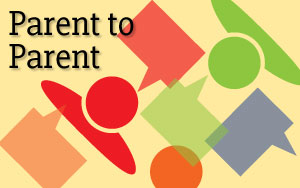 While this is great advice, it’s tough to follow. After all, many times he fails.

Jeffrey was diagnosed with a Nonverbal Learning Disability (NLD) in kindergarten and last year, when he was in fifth grade, my faith in him faltered. Given the significant amount of services he’d been receiving, I was extremely worried about the academic and social demands of middle school the following year. I decided to explore private schools in hopes of finding a smaller, kinder environment where he would thrive.

Not a Good Fit

I tried three schools, and my worst nightmare came true. My son was rejected by all three. His high verbal abilities in reading and vocabulary made him a poor candidate for the schools specializing in children with LD. They understood he would do better in a smaller school—just not theirs. The traditional private school could not accommodate his attention and writing challenges. And his quirky interests and behaviors made it difficult for him to fit in.

So after several anxious IEP meetings at our local public middle school, I held my breath and hoped for the best. I didn’t sleep the entire month of August. But then a funny thing happened: Jeffrey entered middle school, and liked it.

The labs in science were great! They were studying the American Revolution in Social Studies! Look mom, I got an A in Math! And an A in Science! And a B+ in….

I would never have predicted my son could thrive in an environment traditionally associated with awkwardness and angst. But he’s doing just fine.

He loves science, but he hates writing his labs. He loves social studies, but hates writing papers. (He hates writing anything.) He’s not the most popular child, and never will be. But the school is accommodating, with oral testing when possible, and extra time in the resource room for essays and papers. And most important, Jeffrey feels successful.

Parents know their children better than anyone else, but sometimes their love and concern can blind them. I didn’t see that despite Jeffrey’s considerable challenges, he was making amazing progress.

I understand that our road will have many more turns along the way, but I also know that when all else fails, I will always believe that my son can accomplish great things. Because he continues to show me that he can.