ADHD comes in many different forms, including a non-hyperactive variety where children are able to focus well on tasks they enjoy • Because of their ability to focus in some areas, children with this form of ADHD often go undiagnosed • A thorough evaluation can confirm the diagnosis, so that you and the school can begin to address the problem 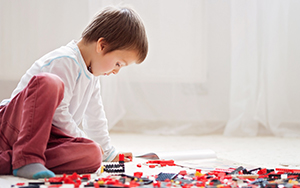 Kevin is a wonderfully imaginative eight-year-old with a talent for building things. He can turn a few cardboard boxes into an entertaining adventure, create elaborate constructions from materials he finds outdoors, and is a master with Legos.

Kevin has no trouble entertaining himself but likes playing with friends, too. And he loves to be read to. Simply put, Kevin is a delightful, creative, and well-adjusted child.

Yet, despite his charming disposition, this third-grader has little tolerance for schoolwork—and even less for homework. When it comes to academic work, he moans, groans, grumbles, and drifts off; he’ll try anything to avoid it. What should take 20 minutes to complete routinely ends up taking two hours or more to finish. He’s not shy about verbalizing how much he hates school, and is increasingly recalcitrant about getting up and out on school mornings.

His parents worry that he’s falling behind—and more than that, they’re terrified of the nine years left before he graduates from high school.

Contrary to popular belief, Kevin is typical of children with ADHD. While many have problems with impulsivity and over-activity, there are just as many for whom the biggest obstacles are daydreaming, distractibility, and lack of organization. Kevin’s parents, like others who associate ADHD with hyperactivity, assumed that because he was able to focus for long periods on activities he enjoyed—building forts, making Lego spaceships— he surely did not have ADHD.

It’s not that kids with ADHD can’t pay attention; rather it is inordinately difficult for them to make themselves pay attention when they don’t want to.

At its core, an attention disorder is an impairment of self-regulation. Children with ADHD have trouble regulating their own behavior, whether it’s making themselves focus, delaying gratification, or controlling their mouths or their hands.

When faced with a child like Kevin, who exhibits extreme disparities in focus and attention, the first step is to have your child evaluated for ADHD.

In Kevin’s case, a thorough evaluation confirmed a diagnosis of non-hyperactive ADHD. During the assessment, he was undaunted when it came to problem-solving activities, especially puzzles. He was even willing to try high-school level problems, and stuck with them until he figured them out. In contrast, he exhibited no patience for pencil-and-paper “attention” tasks. When asked to find every letter “A” on a page full of letters he decided he was finished in less than three minutes; when given a second sheet to work on, he barely looked at it before giving up. During a boring listening task, he attended for little more two minutes, before drifting in and out for the remaining few minutes.

The first step in addressing a learning issue, is knowing what the problem is. In Kevin’s case, the psychologist was able to explain to Kevin’s parents about their son’s specific form of ADHD and how best to treat it. This was an important first step in a new beginning for Kevin and his family—and could be for you, too.

The author is a psychologist at the Center for Learning and Attention Disorders in Portsmouth, NH, co-author of 3 Smart But Scattered titles, among other books, and a member of Smart Kids’ Professional Advisory Board.